What memories do you have of PHHS Class of ’69?  Many of you grew up together from elementary to high school, and even to college.  Your memories can inspire others to comment.  Your children and grandchildren will know about your life!

The Story of the Ram’s Head

as told by Mike Hayes 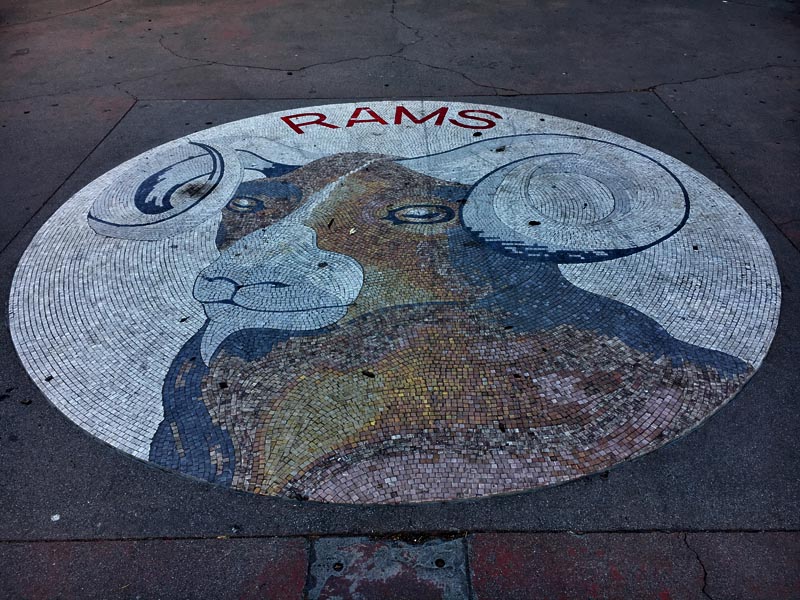 Prior to the opening of PHHS in August of the early 1960s, coach Snowden, an art teacher and tennis coach, designed the Ram’s Head to be constructed with tiles in the main foyer of the high school. Members of the tennis team brought their rackets, sleeping bags, and some food to room 601. Tennis practice was in the morning, laying tiles that created the ram mosaic was during the afternoon and early evening.  Sleeping in 601 after three days and nights, the new Ram’s Head was ready for grouting. Lee Hayes, father of two members of the team, grouted the Ram mosaic thus completing the symbolic Ram’s Head to be Revered by all those who walk the halls of Pleasant Hill high school.

And now you know, the rest of the story!

PHHS was strange for me. My dad was an Army Sergeant and we moved… a lot! Multiple moves in California and Texas, and a year in Japan. At the end of 1963, dad retired from the Army when we were stationed at Travis Air Force Base. We had discussed a move to Germany, which my sister and I were excited about it, but after serving in WWII and Korea, dad decided to retire and moved us to Pleasant Hill. It was typical to move in the middle of the school year, and that had its advantages. I was able to avoid some homework assignments on the way out. But it was difficult to adjust in the new school. I remember my first week in Mr. Ault’s class at PHI. The class was working on Roman newspapers, and I was clueless! I never really felt like I fit in. High School was just strange, as I really hated the boring classes.